Military Automotive Works (WZM) in Poznan broadly cooperates with science and cultural institutions. WZM keeps particularly close contacts with the Armour Museum at the Land Forces Training Centre, which is the branch of the Polish Army Museum.

Presently tank destroyer 17pdr Self-Propelled Achilles is being overhauled. WZM, accordingly to the contract with the Polish Army Museum, shares machines and tools, as well as technical support to all volunteers working on this historical vehicle.

Tank destroyer 17pdr SP Achilles has been brought to Poznan in June last year. It is a priceless gift from Belgian Ministry of Defence, and is one of the last vehicles of this type.

The model – which is being reconditioning by lieutenant colonel Tomasz Ogrodniczuk with his the team of volunteers affiliated with the branch of the Polish Army Museum in Poznan, supported by WZM specialists – is especially valuable model, as there has not been any other Achilles in Polish collections so far.

These vehicles have been Alliances’ main armour-piercing weapon during the World War II. Their chassis is based on tank M4A2 Sherman. Thanks to their great armament – British armour-piercing canon – they could be used even against the heaviest German tanks, such as Tiger or Panther. Polish Armed Forces in the West used these vehicles at two armour-piercing artillery regiments – at the Polish 1st Armoured Division commanded by gen. Stanislaw Maczek and the 7th Armour-Piercing Regiment, Polish II Corps, led by gen. Wladyslaw Anders. 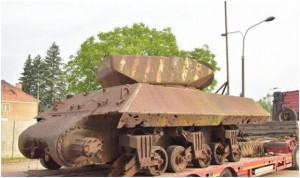 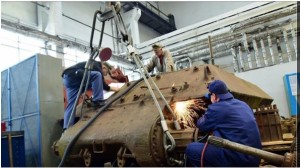 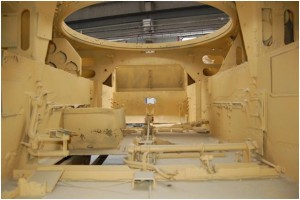 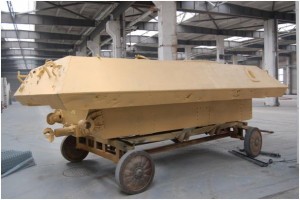